← Inner dictator: Food for thought
My thoughts on toking humanity →

*I did ask Marc OFX to share a few experiences of how having a creative outlet has hindered or helped him with his mental health -good and bad. I do respect that mental health is personal to an individual and not everyone feels okay to put their entire experiences on a blog to people. .We must respect that. We can still enjoy the music. Music is therapy. Being creative is therapy.

You are so nice to want to do an interview withme , I am honoured. Unfortunely I don’t speak very good english so I hope I coud express myslef clearly.

That was the moment I found my bad french kicking in to persuade him to talk about his music and open up about his personal experiences – one being mental health.

Mark OFX wondered how I found him and I told him Soundcloud and this song captured my interest because when I see Drum and Bass as a genre choice I am not always in that DOOF  DOOF mood. I decided to take a risk and to my pleasure and delight, it wasn’t heavy. His music has a certain finesse to it.

Mark OFX is inspired by classical performers such as Eric Satie to classical music including, Ravel.I managed (with a bit of help) to find his background in his own words in English

over to Marc OFX

I found Marc OFX incredibly hard to track down. Until I found this gem with his bio and the sound system culture he has been a part of

I started folk and electric guitar at the age of 16. I quickly got a 4 cassette tracks, rhythm boxes, my first synths and then I started my first compositions and models.In 1997 I took classes at the CIM school of Jazz in Paris where I was taught harmony, music theory, the practice of jazz guitar, the history of jazz.

In 2000 I get an Akai S2000 sampler and I sampled everything and composed with a computer and Cubase 1.I participate in the collective of Aulnay-sous-bois (93) Mo’Bass which is oriented Drum & Bass. Several maxi are released under this label and quite a lot of underground parties. I also participate in the folk guitar to the album entitled PNY by Pascal Nyiri, singer and flutist.

I play guitar parts that are sampled for the production of the Insomniak rapper CD.I created several Trip-Hop and Drum & Bass projects, some of which were released on Good Citizen Factory, Sleepy Bass recordings, DNBB recordings, Good News Boppers, Strictly Nu Skool, Team 174 and other free labels in collaboration with Lady EMZ, , And Alice Joly.

I also worked three years with the singer Kats Bartok, we made an album and a few EPs.
From 2015 to 2016 I joined the group Marty Brown(Funk Soul Jazz Hip Hop) whose EP was released in auto-prod August 1, 2011

To take part and to support the sound system culture of amplified bass music.

And this is another project with my Nanterre friend Nayjam Bensonim who is a guitarist and sound engineering.

This is a project/ collaboration that Marc recently did (jungle producer) Eschaton – who is the director of the Omni, music label.

Marc created the tunes and sent them over as separate tracks to Esachaton who worked in the drums to the tune. This demonstrates the intricate process of producing music as an ensemble.

My lack of ego and honesty and desire to understand how the different experiences Marc has had in his life wasn’t going to put me off because I believe that there are so many talented (and isolated people who don’t tap into their creativity )because unlike Marc who is a part many labels and artists called Mareee Bass (1901) who have one simple ethos.

To take part and to support the sound system culture of amplified bass music. C’est tout.

(personally)I am not a heavy drum and bass junglist fan, top that point where my heart is pounding until I feel like I’m going to have a heart attack.

So I really found the track I discovered of Marc OFX’s (1st song ) with every other platform I discovered that they often cross over genres such as hip hop and Dubstep.

the Maree Bass family including the artists and producers love to create sounds with no limits, abstract hip hop beats mixed with house or IDM music even. These genres often cross over.

the founders who take part in this sound house culture have created this image of a force of creative individuals working in a relatively unique setup where they are able to contribute their own ideas yet come across as one family. 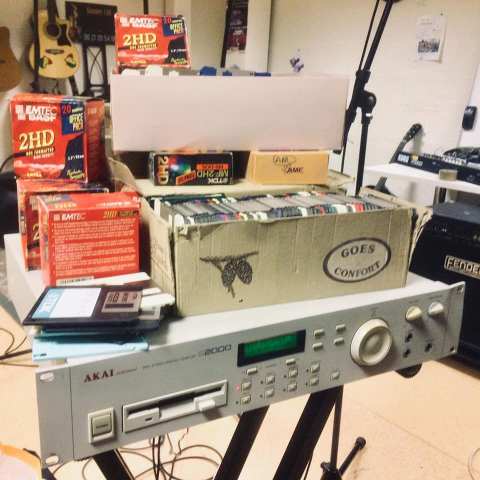 Numerous projects have grown from members of this organisation

Bar concerts, They have developed a 24c hour-seven web radio, they have achieved in working on many EP compilations -they have worked together to make blogs and websites.

The most remarkable result of this collective of french artists putting in so much effort to creates new sounds and projects have allowed them to become close and believe that they can achieve s much together. Personally, I believe this can help instil positive mental health  by having like-minded people to be able to share their personal life/

Marée BASS have been able to provide and source the best acoustics these artists need with the best instruments the public -the fans always interested in what they will come up with.

His music is incredibly diverse and amplify their mind to different ways of projecting music .

I am not a heavy drum and bass junglist fan where my heart is pounding until I feel like I; going to have a heart attack. So I really found Marc OFX’s (1st song 0 a perfect blend of bass, jazz, ambience, classical, dubstep and with every other platform I discovered that they often cross over genres such as hip hop and Dubstep.

the Maree Bass family including the artists and producers love to create sounds with no limits abstract hip hop beats mixed with house or IDM music even. These genres often cross over.

← Inner dictator: Food for thought
My thoughts on toking humanity →