In this first episode, I was entertained and surprised at the talent of Rael. He won me over even more with his candid answers to his own mental health issues and his life. He inspired me to remember why I started wanting to interview creativists and explore the link between promoting positive Mental Health by explaining in his own words how music and turntablism and creating new content helped him to express himself & be heard in a way that he wouldn’t have been if he didn’t find a creative /alternative outlet to make sense of his world.
https://daisyinthewillows.com/2020/08/03/artist-profile-ghostown-part-one/
The second link we chatted about ghost towns latest album ‘Fringehead’ ( there is an actual fish called a sarcastic Fringehead. I googled it!
you can catch up with the full unedited interview here or read it over over my website.
I definitely recommend checking out his latest tracks
Butterfly
Pelican
Talking Turkey from his forthcoming album due to be released in Sept/Oct.
Head to the feature below for more links
https://daisyinthewillows.com/2020/08/03/bank-of-sounds-feature-ghostown/ 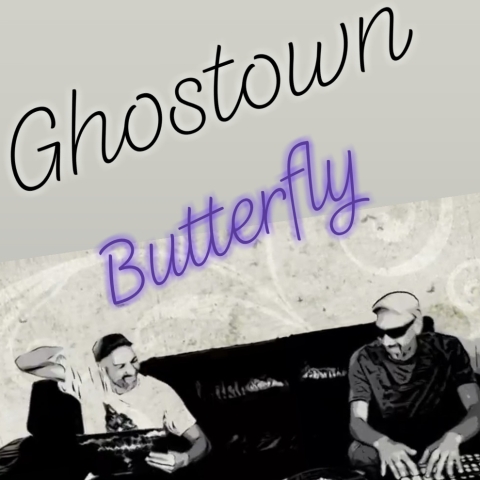 WIP Like Cartharrt! Work in progress. I blame the lack of lavender smelling sheep for this.

Realise something, where a horse comes into your house

Heavy is the head that wears the mane

Over hedges, one did ride

Rivers & Meadows one did trot

Sugar cubes are such delight

Ever a field an old man strolled

Such is the life of a horse so old.

Have you ever fled from a nightmare?

Or realised that your slumber is your living yoke?

Evade the question. hoping to secure your pedigree

Signed off with a neighbours kiss.

This is audio recorded experimental monologue in two parts that depict the impact Brexit /welfare reform has on one woman with severe mental health issues trying to keep things together and on hold to talk to someone about  (I don’t know) her benefits being stopped. Or her having to go  & be questioned on intimate & embarrassing issues to prove she is ill in front of someone probably not qualified in complex mental health issues. It’s my story.  😀 I am making the assumption .lol. This was an experiment (essentially scene one)   as sometimes I can’t type or write so I record and act out an improvised piece. I have always been able to create characters in my mind and act them out. My daughter does the same thing. THERE IS AS GENE FOR MY PECULIARITIES? Gulp.

(the recording is not great quality-its the concept I am more interested in and how I  can use it to create a piece of work that means something to me and has some relevance to the community I live. Theatre and social issues equal a match made heaven.

IN yer face drama ( this isn’t) Brechtian? (elements later on if this ever is finished) Kitchen sink drama? It’s not glam, is it… I would love to an SFX of her peeing or on the toilet having a number  2 when someone becomes available down the job centre or something. It needs a ton of work.

Going into my own world was my first addiction. I would disappear and create dramas and stories to escape from my real life. I started doing it when I was 5 years old and stopped when I was 15.

For this character ( loosely based on me and other people I’ve seen go through a breakdown in mental /social health) I used repetition in the characters dialogue. Iand I think that the character doing everyday chores- cleaning, making her bed contrasts with the chaos that is unravelling from the hinges in her mind. There would need to be more backstory. It needs a lot of work but I think the government should hold their heads in shame. I will always fight for justice and whatever I write.

Different actress. It’s an interesting technique to use when you have writer’s block.  Like my “poetry” ( borderline) is organic and raw so is my approach to creating characters.

I didn’t study for a postgraduate degree for any other reason but to make sense of what was happening in my life. And writing became my life. I had forgotten how much I have written over the years.

So it’s rubbish  QUALITY WISE( not the idea) it needs loads of work. I love the Vivaldi in the background ( in a theatre it should drive people nuts) but its better suited for an audio play or radio script because of it feels oppressive, we don’t know what the character ( not me anymore) is going to do next. WI.

God job I write for myself and not to please other people.Though I enjoy being an instigator of some one’s happiness.

I could start my final year in October. I’m enjoying learning about writing about music and engaging with people in a different way. It’s not the world of academia. And I m loving my little fashion career. I get work with my mom. And I’m happy. I’m happy that I can still write. I know I was a better writer at one point. My grandad was a self-made millionaire-  twice and poverty stricken  twice

I don’t write pretty cos the world not preettty. It’s fascinating and terrifying and all-consuming, fleeting, dull,

Sitting on the roof top trying to tell myself I’ve not misbehaved.

Blush rose hues creep up my cheeks and I know my hearts desire is unexplained.

I look at the stars — one always stands out brighter than the rest.

I say to myself — there goes my next conquest.

With liberal wings and green peace in my heart ,

I know for the sake of inhabiting my skin-unconfortable feelings will always play a part.

Forgive me for  being free spirited and seeking out a bon ami.

If I had testicles would  my new gender let me walk free ?

I love what I desire .

I desire what I love .

I hate it when my sanity decides to imitate a neat whisky on the rocks.

Truth be told – I know I’m getting old .

Disambiguous feelings about the path I tread.

May my daughter’s laugh always bring me round to the sound of present day clocks.

Live my life, have a voice, and sail away

Where else do you think I would choose for a holiday destination?

The one I never have to come back from.

It’s me inside me.

Dare to take a part of me — feel my anticipation.

Told  off for  my impulsive reaction.

The fact I’m conscious I am typing these words-

Words rise up ,around me – Jab me and a jeer me to dare say whats on my mind.

I’m not a child and I’m not venerable just yet .

So I swim against the tide of the alphabet soup.

One tidal wave from forcing myself to write these words down;

If only to reinforce I have my own sound.

Sound as a pound

How I get from a-z- without reaching out for the  plan involving illegally, prescribed Ativan.

Banned from my perception of the elite.

Breached my licence to complete…

Should I hit delete?

This is my beat.

I won’t let me beat me down.

scowling in a frown.

She’s back in business now . Wah da da da da — the song clearly has relevance in my sense of decline.

Who am I to want merely blend in?

I was born to be a Bengal feline.

It makes me sick.

Watch one episode and I will mutate into just one more cockroach.

I’m on the down line with a mean upper hook.

House work infected by the pox — aren’t you glad you vaccinated your park life children?

Let my demon free to infiltrate the anti’s, confront them with the disease bitten book.

Have a say — what’s the worst that can happen?

Speak your mind — illegal aliens might just descend from that planet called Saturn.

Write to recover. Write to escape.

Shake up your mind , dare to continue —an inner ongoing live debate.

Not for hate — you make your own fate.

Feeling Anxiety. Too worried about what John Sax’s might reveal to his munchie  queen.

Know thyself and be true to yourself.

I’m not going to change my character to fit in with society’s latest heart melt.

Superstitious mind – I earned it in walking my path — did you see my black belt?

Stand up for who you are and what you believe in.

Some may consider me strange but have you had a look at your inner heathen?

The entity is back — no wheel-dealing with a bad batch of sugar coated crack.

6 million ways to die — choose one

That came from a song – Who am I to sit around and hide?

The song -contains  some cussing and may offend feminists …..  😉 Maybe not this song 😀  Idk.

Tags: Creative works, Daisy in the pod, Emotions, EXPERIMENTAL WRITING, MY WORLD, POETRY, Random, rants, self expression, The lyrics to my life