The labyrinth is a Jungian symbol of the unconscious, the journey through the maze stands for the enigma of a discovery of ‘the Self’. This ties in with rituals and myths in which a cave is a symbol for creepy tunnels of exploration for the quest for knowledge or the hope to exit the cave metamorphosed.

The famous writer, Silvia Plath uses the symbol of a cave twice in her poem, Nick and the Candlestick. I was drawn to this poem after when I was working on my final project – an immersive art installation for my foundation degree in Acting Performance.

I didn’t know it’s meaning but I connected with it immediately. It is only in the last few years I’ve done more research into other meanings of her poem and startlingly it is seen as a poem that Sylvia wrote when she was pregnant. The tone of the poem suggests she rejects this baby. Sees it as an invasion of her body.

The cave appears to be a symbol of her womb.

I have hung our CAVE  with roses,

This poem partly inspired my final Performance piece when I was doing my Performance acting degree. I had my abortion on the 24/10/2010 & I had less than 2 months to finish my degree. It was a low ebb in my life. I didn’t want to give up so, I used my live art performance to try & make sense of what was happening in my life.

I found this picture whilst browsing on social media. It is a disturbing picture. To me, it appears like the girl is saying: I won’t be silenced. The blood-soaked at the bottom of her dress gave me a feeling of peace. 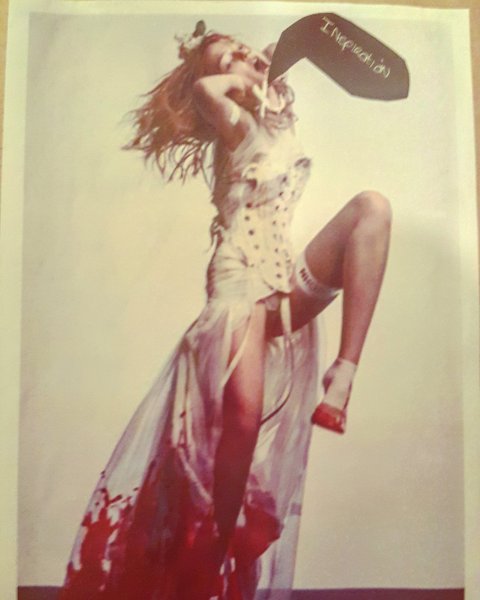 The entire performance was a result of this picture, my intuition, making connections with other abstract stimuli and ideas that I could link to the original idea.

My aim of the live installation was to strip myself bare (metaphorically)  until people could see the raw, real part that makes up a part of who I am.

I wanted nothing to be hidden ( though I ended up having to adapt my initial idea due to a black eye given to me by an ex. I had to get more creative & I did.

I  felt /was so alone (everyone had turned their back on me but I thought ‘FUCK THE LOT OF THEM-PEERS, TUTORS FAMILY-EVERYONE’ I’m not going to let a black eye shame me not finishing my degree.

I don’t know why I called this project ‘Disambigous Immortality” perhaps I was going through the motions of grief. Perhaps I  was looking for clarity & not to be judged by my peers.

My original idea was to be filmed in a cave or be on a swing in a park, blowing bubbles, dressed in white like the girl with blood on her dress – I suppose I wished to emulate innocence. Blissfully ignorant. That is how I WANTED TO appear to the audience. I had it pre-recorded & I edited it to run on a loop (via a projector) during the performance. 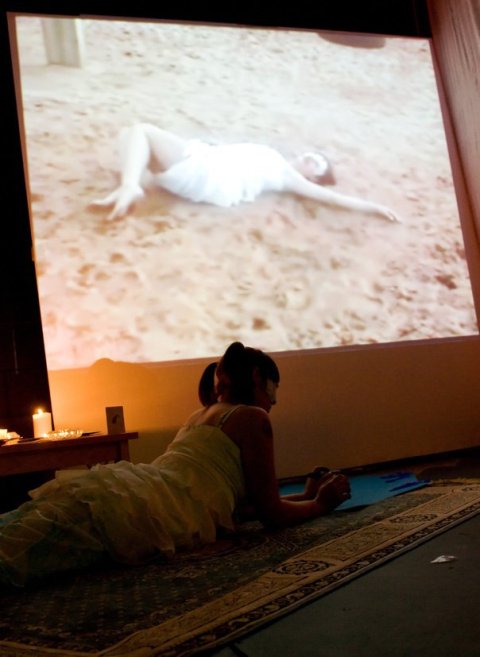 I wanted my space to be set up to mimic a church setting (with candles lit) and I wanted to be kneeling in front of the recording -watching it. This was meant to symbolise myself entrancing into self-actualisation or more likely self- realisation though this is the opposite of how I felt about what I was doing, to be honest. 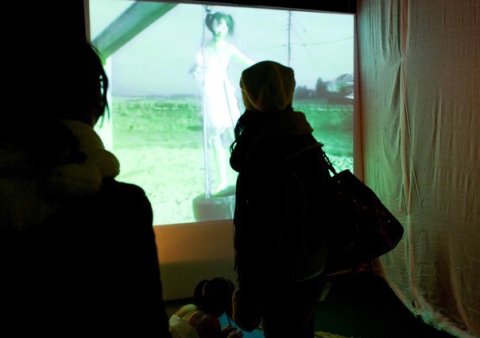 The more I researched my ideas, the more fascinated I became with understanding the unconscious reasons for the ideas I used in the performance. Even specific choices such as the fabric I used, colour choice, words etc..

I decided to use blue for the blood and wore a white lace dress I found in a charity shop.

The colour white  (according to Chinese symbolism) symbolises an end to mourning.

The notion of wanting to appear innocent is because I wanted to appear lacking in guilt, and youthful in a blissfully ignorant way often related to youth

I think at the time I was coming to terms with having aborted my son, who would have been called, Nicholas Raven. I wasn’t prepared for the guilt( though I know it was the right thing to do at the time).

I was walking in the park the one day and I came across a blue feather on the ground and it made sense to incorporate blue feathers into my performance.

Nicholas would have born in spring -I told myself at the time that his soul/spirit/energy touched this mortal world in the medium of my body for a few months & then went on to exist on a higher plane -effectively not dead but immortal. That was my perspective at the time.

I then came across Sylvia Plath’s poem ‘Nick and the candlestick’. -a poem was written when Plath was heavily pregnant. I  initially interpreted the poem as her feeling bloated vessel carrying a parasite. These feelings about her unborn child caused her to became depressed. Though I also understood that while she felt her unborn child sucking the life out of her-she hoped it would be born without her failings.

‘Lace seeks to hide & expose at the same time, like a veil to cover or lingerie to reveal’

I ended up making a mask covered in lace -it was grotesque-ish & the opposite of innocent looking. It did hide my black eye though..

Its reality & it is in the past. I didn’t know I looked so bad at the time. Life moves on. 😀 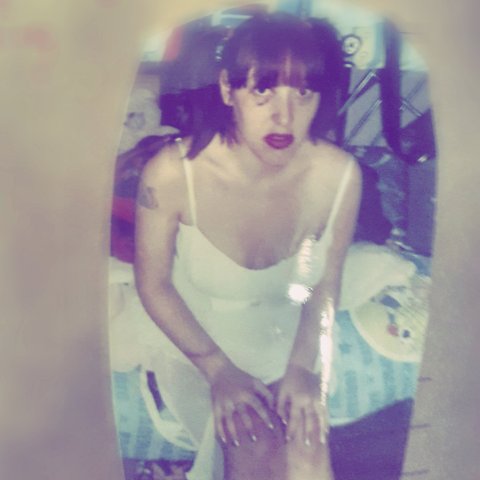 To be continued with reflections from the night of the performance.

Posted on Mar 25, 2019, in THOUGHTS and tagged Reflection, Symbols. Bookmark the permalink. 1 Comment.