WHY I HAVE CHOSEN THIS QUOTE.

It is my wedding hair trial today. Less than nine weeks until the wedding. I chose this quote well ,because it tickled my humour and  my gorgeous hubby to be is a man what has longer hair than I.  ( think the grammar police would be proud!)

Oh and he wants me to write more blogs about him. I think his exact words were:

“In our vows I want it to be written that you will write more posts about me. In fact every post should be about me. ”  Quote by my  G.H. (no D’s at the end)  and sadly he does not have as much leverage as my hair straighteners.

What a modest man I am marrying 😉

It is so scary because all of a sudden he has started revealing his – mmmmmmmmmh how should I put this..

He has 100% convinced me not to do a first dance. I have caught him dancing to my work out D.V.D’s – a white man , solid weight  long hair , huge beard- looks like Jesus and a dude doing  the Steve erkul on me

What a mistak-ah I make- ah.

Seriously, his dancing requires at least  3 years training in the circus before I can watch him dance with a combination horror and a hint of  amusement and not walk away shuddering….

I’ve almost had to get on my knees to get him into something resembling a suit.  A friend found a pic of Johnny Depp and well finally G was sold on the idea.

Now trying to get him to do the whole shave mustachio a la Jonny Depp with out losing too much manly beard. I’m still working on him. I don’t mean that, like I am charming  him with my wily ,seducing female technique.

I am finding every opportunity to casually be naked around him and then so subtly get dressed like a Geisha. I have the sexy lets ‘get the stocking/ pantihose on’ down to an art.

I always end up falling over when I try and put tights on. I don’t have time for all that rummaging to find the exact place my foot should go, so I usually think my tights have shrunk or I have bought a pair for a person with no butt.  So still got the Geisha look going but one that resembles a novice trying to walk in those shoes.

So back to hair. It’s going to be fun with my bridesmaids ,Ma and Nan..

Can you tell I love him?

He has already turned into my new Dad in law to be .  He whistles like his Dad- just picks random moments. It   like being in a horror movie. The evil monster is close because you can hear his whistle getting louder and louder. 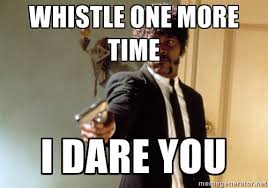 We have a relationship built on a great system of laughter and jokes. He now thinks all his jokes are funny -Examples?

He thinks it’s funny to get a cloth and give it to me telling me to clean up my act!

He on purposely never puts the tea towel to hang on the oven-   straight . I know it is on purpose and that it what matters. He knew about my O.C.D. from day one.

He is a straight out Geek: into Star wars, dungeons and dragons and he has the most weird mind. He comes out with the most bizarre facts. I’m not the only one who thinks this. I’ve seen everybody who  has that look on their face, thinking:

–where do you come from? How can you know this?  Why would you research this?

The first man to urinate on the moon was Buzz Aldrin, shortly after stepping onto the lunar surface.

I am so losing my cool credentials.  It took me- oh I don’t know a good part of 25 years to build up my infamous I am so cool status. 😉

I still have it but it is more like this:

He is sleeping next to me and is jerking abut like a dog having a bad dream. I  think he is picking up on my

He is now convulsing.

Have I told you how hot my man is?  ( convulses are ceasing off)

Like a water bottle. I can’t sleep all lovingly in his  arms. I’m end up  gasping

“too hot” -sleeping when I am hot  turns me into Godzilla .   I’m the girl who has to have her foot sticking out the bed covers.

Ever just look at your man while he is sleeping and think I could shoot you ,right now?

Relentless, I know . He gives me shit too.

So back to the wedding trial. Of all the men I get to marry, I marry the one who actually give a shit if he goes bald. He won’t admit it but I know. Women can suss these things out. 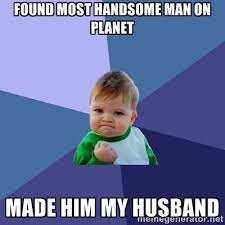 It’s a good job I have some hint of what could be described as love for him, in my black shallow heart.

Want to ##FollowGreatFootsteps?  You can do it! I will review your blog 🙂